For February's 22nd's San Clemente Public Safety meeting agenda Item 9A, the committee unanimously supported a motion asking City Council to instruct staff to support the deployment of ARDEN and other equipment Tri-Cities RACES needs to best provide communications support to the city.

Report by Deputy Community Development Director and consideration of a recommendation to City Council to permit the installation of RACES/ARDEN antennae equipment on City properties. 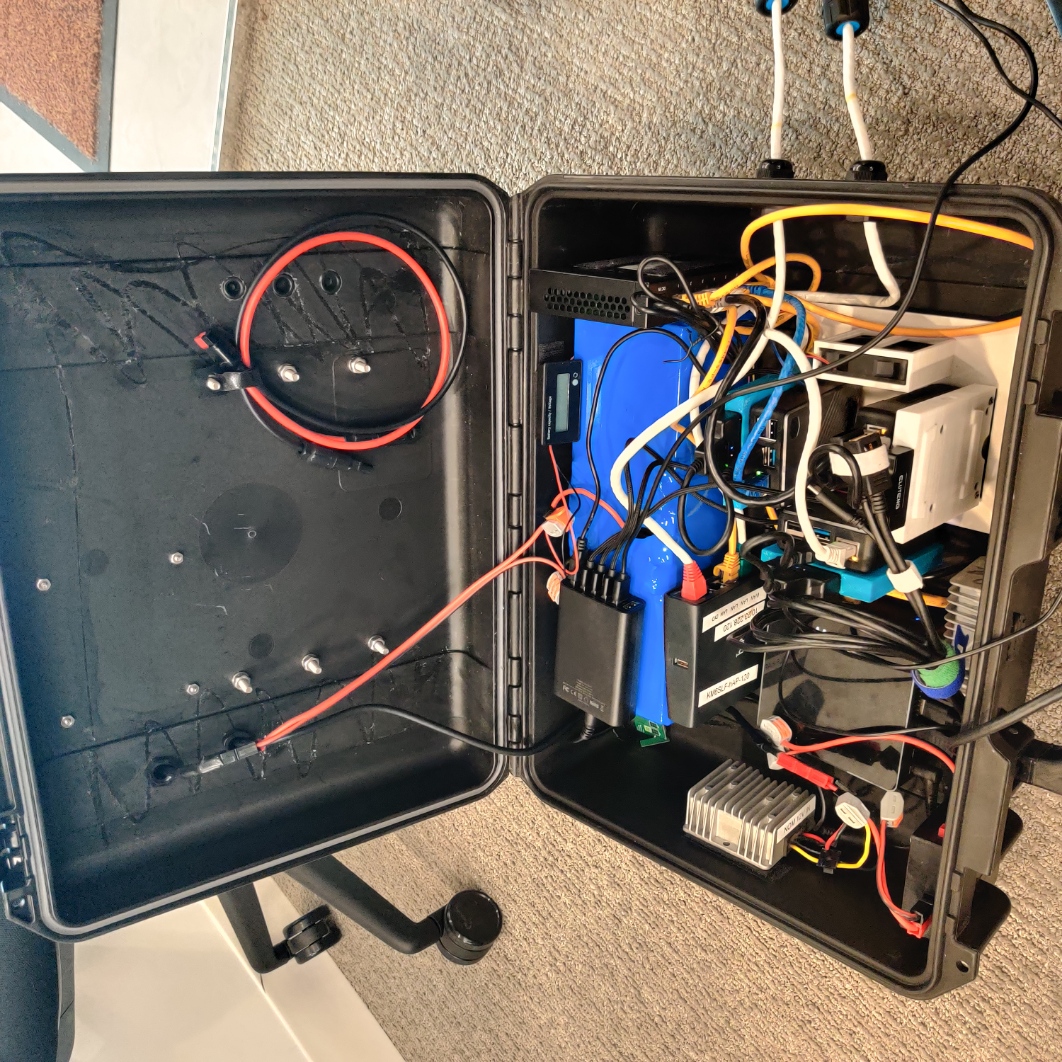 It's the upgraded version of the kit shown in a prior post, leveraging the consolidated services cluster described in another subsequent post. It incorporates all the services provided before, but includes a Winlink client and over 6.3 million articles from Wikipedia. It does more with less power - about half what the prior kit required. It still supports 24V PoE output for connection to a higher powered dish or sector node.

With the space savings from using fewer SBCs, I was able to incorporate 2x 16 A/h LiFePo4 battery packs, providing about 400 Watts of usable power. A USB-C PD 20v trigger module is used in conjuction with a Victron solar charge controller to conveniently charge and monitor the batteries and the power load. The kit can be powered from pretty much any source, including portable and household commercially installed solar panels, car cigarette lighters, other 12V batteries or AC with any USB-C PD capable charger. The kit will run up to about 20 hours on battery power, depending on usage.

The kit is designed to run "headless" and not to be actively monitored, but additional workstation capabilities can be accessed when needed. I'm putting together kits that would make this case a fully functional emergency coordination workstation with a display, keyboard, mouse, CD/DVD RW drive, scanner, VoIP phone and camera. Another module would incorporate a mobile radio, allowing Winlink to work over long distances without requiring access to Winlink's AWS servers and to allow for UHF, VHF and HF voice communications by authorized users. 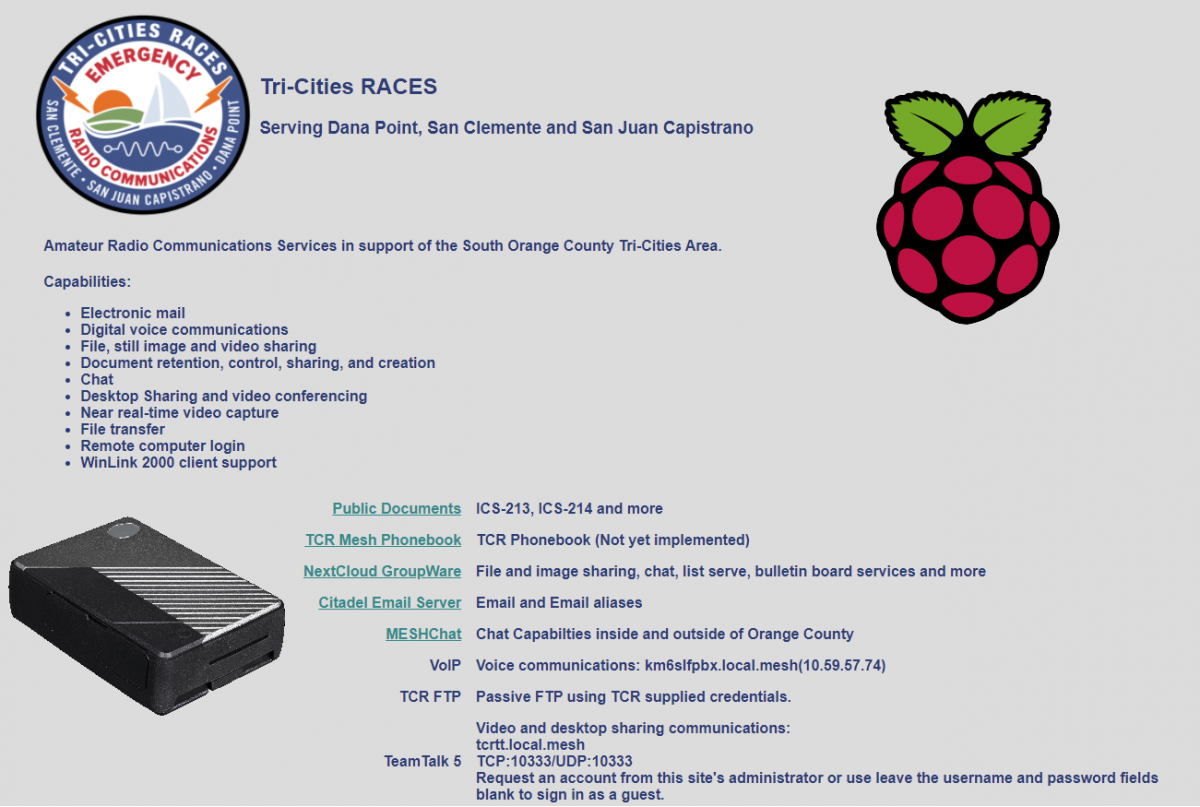 In partnership with KK6LZB from LNACS, I've put together a highly integrated, ruggedized and power-sipping server for use on the regional emergency data network. A single Raspberry Pi 4, safely overclocked in a CoolerMaster Pi Case 40, offers connected users the following digital services:

The beta version of this integrated disk image is available on the mesh now. As the last bugs are worked out, it will be shared to support regional emergency communication teams across OC and all over North America 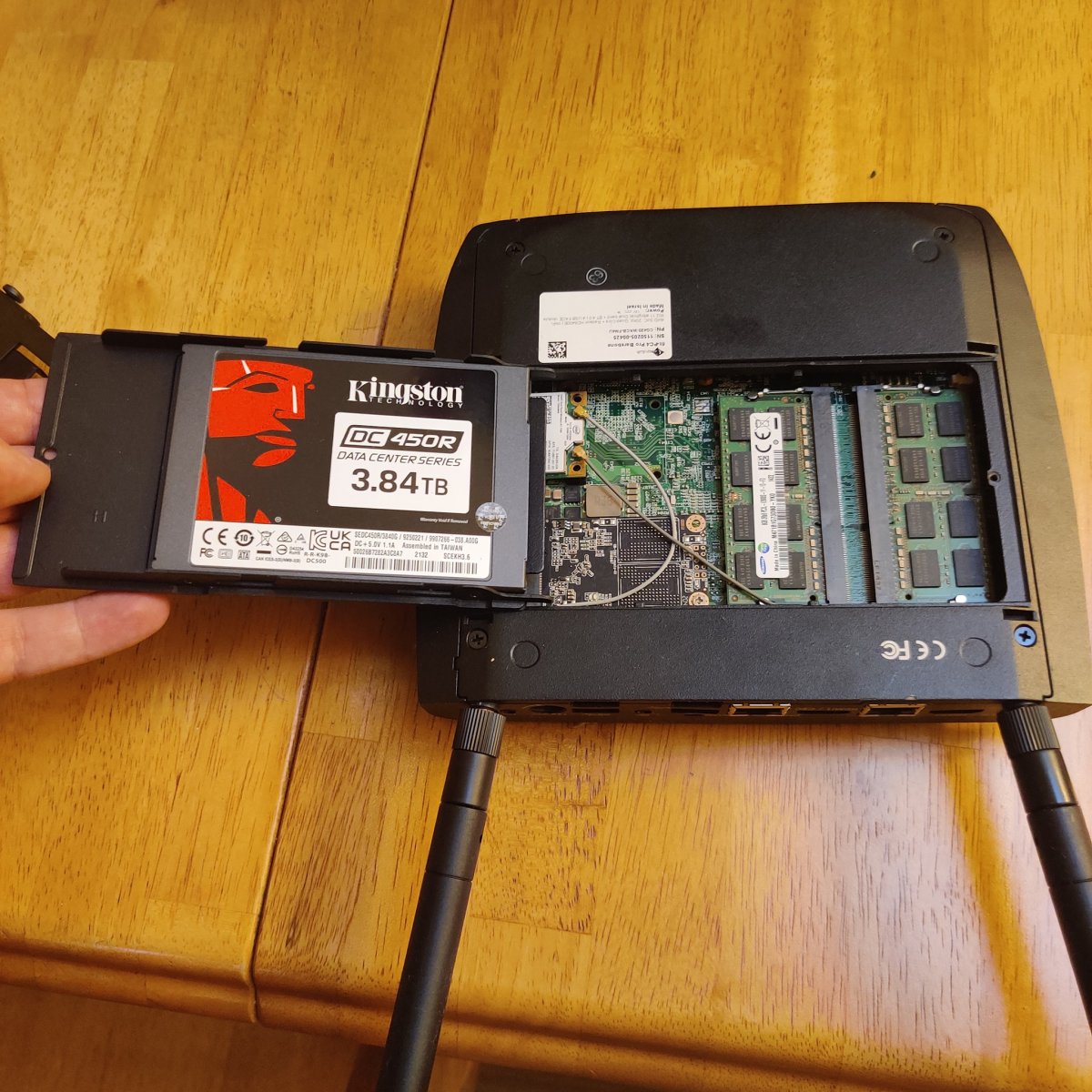 This little FitPC4 I've put together is a pretty impressive device. It sports a quad core processor, 16 GB of DDR3 RAM, and a Kingston DC450R 3.84TB SSD.
It's passively cooled and accepts a broad input voltage (10-15, iirc, easily powered from a battery or car cigarette lighter) and runs on no more than 25 Watts. It has dual Ethernet ports, WiFi, and plenty of USB, display and other IO available.
I have this one set up to provide non-Internet dependent maps, forward and reverse address look up for all of North America, and (soon) near-instant route planning for Southern California.

Special thanks to Sherri @ Kingston for the support - Serving map tiles, geolocation data and routing information takes a LOT of storage, but the Kingston DC450R 3.84TB drive (designed for datacenter use) is making short work of it, and enabling a broader area to be covered than I had initially planned on such a small device.

The Net check-in form is now located in the Resources section.

The newly-created Tri-Cities RACES Training Center link can be found in the Resources section, also. Members can use that resource to find the FEMA Training that we need to stay current on. New interactive content can be developed as needed.